The four sights and the immortality delusion 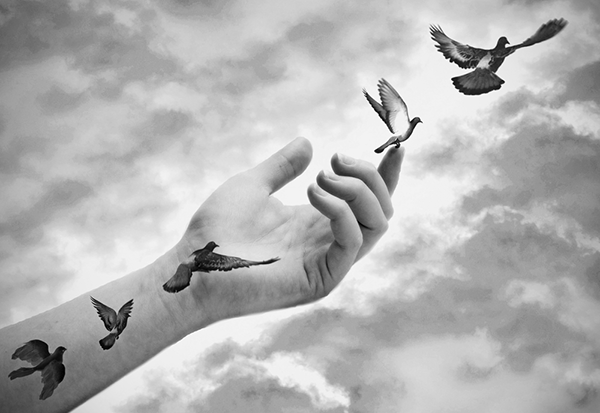 The story goes that Gautama the Buddha had a privileged upbringing. The legends that developed in the centuries after his death show him growing up in a royal palace, surrounded by luxury and given everything he wants. In some versions his father, the King, deliberately shelters his son from anything that might cause him pain.

One day, Gautama goes outside the palace and encounters what are traditionally known as 'The Four Sights'. First he sees a sick person; then an old person; and then a corpse. The effect is devastating. Perhaps he has seen old, sick or dead people before, but now he realises with shattering clarity that their fate is an inescapable fact of life, and that he is vulnerable to that same fate, like everyone else.

The fourth sight is a holy man: a shramana who has left behind the illusory security of conventional society; and Gautama decides to follow his model. He becomes a shramana himself, leaving home to find a deeper source of meaning. Henceforth, he will live without security and explore what it means to fully acknowledge suffering and impermanence. The culmination of his quest in Awakening or Enlightenment is traditionally likened to the emergence of the full moon from behind a cloud.

In Buddhism old age, disease and death are called The Divine Messengers: whispered reminders that call us to greater humility and challenge us to live our short lives authentically with full awareness of their fragility, their transience and their potential splendor.

On this non-residential retreat we will explore the existential predicament we are all in and how Buddhism can transform our yearnings for a larger life.

Suitable for those who are familiar with our meditation practices.

I've been actively involved with the Triratna Buddhist community since 1992. As with many other people, my personal journey has it's sign posts of…

Karunajoti has been involved with the Auckland Buddhist Centre since 1999 when she first came along to learn to meditate. This led to a desire to…

Bookings for this event are now closed