First Triratna Ordinations of Women by Women in the West 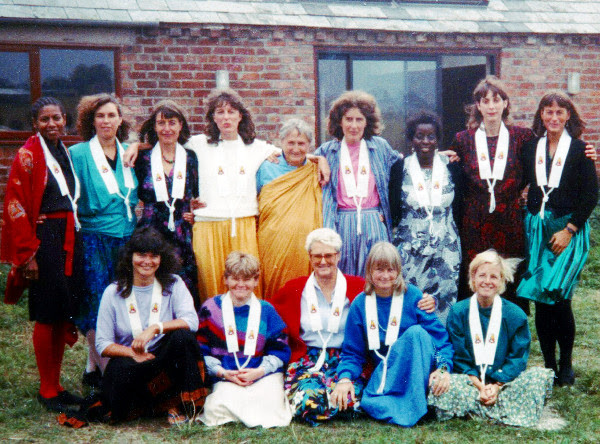 Ratnasuri conducted the public ordinations of six dharmacharinis at Taraloka on the 11th September 1989, having previously been the Public Preceptor for two dharmacharinis in India, January 1987.

The ordination of women by women was unique in the Buddhist world.

Ratnasuri had been ordained for 4 years when she conducted the ordinations in India at Bhante’s request and Germany was the furthest she had traveled previously. So this notice of the anniversary comes with great gratitude and a celebration of the very significant and courageous contribution Ratnasuri made to our Order and the world by being willing to take on that responsibility.